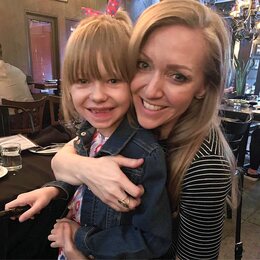 I want to be the mom who not only cures her daughter's brain tumor but fixes her vision and brings her sight back. I'm not going to stop and no one's going to stop me. ⎼ Tracy Ryan, CannaKids Founder and CEO.

In June 2013, Sophie Ryan was diagnosed with a low-grade, Optic Pathway Glioma brain tumor. She was only eight and a half months old. OPG is a slow-growing tumor that affects the optic nerve which connects the eye to the brain. As the tumor grows, it presses on the optic nerve causing a child's vision to worsen, sometimes leading to blindness. Over the next few years Tracy, her husband Josh, and Sophie would all come to learn the true meaning of endurance and anguish, but most importantly, love, hope, and joy.

Chemotherapy is a common treatment for OPG, and doctors told them that the 13-month process would not eliminate the tumor and even a slight shrinkage would be considered an enormous success. Tracy and Josh were understandably hesitant about giving chemo to their infant daughter, and then fate intervened. Tracy learned of the Ricki Lake and Abby Epstein film Weed the People that explores using cannabis oil to kill cancer cells in pediatric patients. After doing their own initial research and meeting with cannabis oil makers, Tracy and Josh elected to pursue both chemotherapy and cannabis oil to treat Sophie. “We started her on a very low dose of highly concentrated cannabis oil with a 2:1 THC to CBD ratio. She never had any negative side effects from cannabis, and at most she would get a little sleepy just in the beginning. Through it all, she was happy and hungry.”
After completing the 13-month chemo and cannabis oil protocol, Sophie’s brain tumor shrank by 85 to 90 percent. A massive cyst was also reduced by 90 percent. Unfortunately, OPG is a recurring condition and Sophie has undergone several rounds of treatment. Somewhat surprisingly, Sophie’s doctors at Children’s Hospital Los Angeles recommended that she keep using cannabis as it undeniably helped reduce the tumor’s size, but also helped Sophie’s body recover from the ravages of chemotherapy. Today, scientists are studying Sophie’s tumor biopsies and immune system due to the many miraculous results that have been observed. But much more needs to be done. 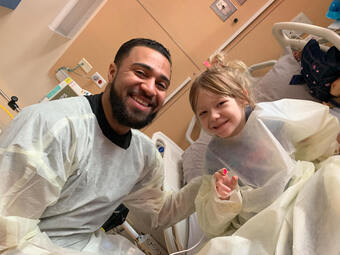 From the Needs of One to the Needs of Many
The Ryans and their doctors know that cannabis oil plays a key role in Sophie’s ongoing treatments with results that are seemingly miraculous. From this reality comes two questions; how does cannabinoid therapy actually work, and can it help others? To answer these questions, Tracy founded CannaKids to create cannabis-based medicines to help children and adults, while SavingSophie, a 501(c)(3) non-profit organization, is dedicated to pure scientific research regarding the role cannabis may play in defeating cancer.

Sophie is part of ongoing research at one of Southern California’s top universities with a globally respected research scientist. The goal is using science itself to find better, less toxic treatments for patients suffering from cancer. But research costs money, and because cannabis remains illegal at the federal level, funding for cannabis research is tightly controlled by the DEA. As a result, investment capital is needed to fund private research initiatives with world-class scientists.

The current research entails different tracts and control groups. There are patients who are veteran cannabis consumers who are now in varying stages of cancer, while some patients have never tried cannabis prior to their cancer diagnosis. There is also a research tract with patients in which their cancer was fully eradicated yet was never supposed to do so. They had no diagnosed chance of survival, yet they're still alive today using CannaKids products. There is also a patient who became cancer free, stopped using cannabis, and the cancer returned. She underwent another round of chemotherapy, began using cannabis again, and her cancer is now gone.
Tracy explained they are exploring the hypothesis that cannabinoids may positively affect our bodies’ natural killer cells, which are the drivers of our innate immune system. “It's preliminary, but we feel the results are good enough to be confident that we may be able to really figure out what's going on here, to discover the actual mechanism of action at the cellular level,” Tracy said. “We've also been comparing these patients to a control group. We'd been looking at patients who are completely healthy, and then we're looking at cancer patients who are not on cannabis.”
Actual tumor cells from Sophie are now being studied in the hopes of developing better treatments for children like her. In an unprecedented effort, the study utilizes humanized mice that go through a special process that results in them pumping human blood and having a human immune system. This results in a 90 percent match to the behavior of human cells making clinical trials much more effective when there is otherwise a high failure rate when going from animal model to human trials. 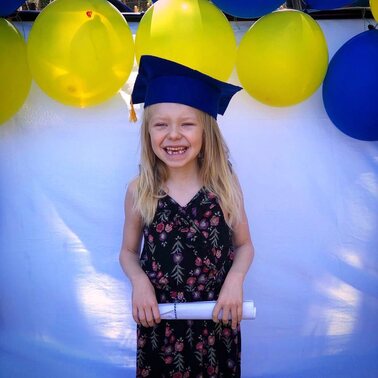 “We've never been about the money. We need money to be successful and to scale in order to get this product to the masses, but we're not driven by financial gain. Personally, it’s more about saving Sophie and every other patient who falls behind her.” ⎼ Tracy Ryan

Following voter approval of Proposition 64, adults in California could now openly purchase cannabis without a medical recommendation. However, the new law also created an unwieldy regulatory system which requires separate licenses to grow, manufacture, test, distribute, and sell cannabis and cannabis products. Compliance is not for the faint of heart, and it severely impacted CannaKids operations. “We were having a lot of challenges getting through legalization because it was so hard on the industry, not only from an operating standpoint, but from a financial standpoint,” Tracy said. “Trying to get the attorneys paid for all the legal advice that we needed in becoming a large scale manufacturer was difficult as we no longer qualified for a license due to the nature of our business. Quite simply, there wasn't a license for our kind of company. We needed to move to large scale manufacturing and we didn't want to go after a manufacturing license because it would've cost us upwards of $200,000 just in application fees, which we didn't have. In any case, under the new regulatory framework, we didn't want to be a manufacturer, we didn't want to open an extraction and processing  facility, so why waste the time and money,” Tracy said. “What we're good at is doing the R&D, creating formulations, advocating for cannabis and educating people about it. These are our strengths. Manufacturing would take up so much of our time and take us away from those things that we feel are most important for us as a brand, which is the research and education. So, we really needed to bring in more capital for the company to stay operational and to navigate these very tumultuous waters because 75 percent of our business at the time was direct to consumer. With the new laws, we can no longer sell directly to the consumer.”

Tracy and her team openly sought large scale investment capital. “Tuatara Capital had interviewed over 1,600 brands when they decided to fund us. That made us feel really amazing because they are one of the largest venture capitalists firms for cannabis in the country, and my dream investors for the last three years. They checked every box for due diligence. They are particular in their processes, and it was the most difficult contractual process I've ever been through. Not because the negotiation part was hard, we were all on the same page, but it was the amount of contracts. The shareholders agreement alone was 65 pages, and other investors had to agree to it.”
​
With operational funding for CannaKids underway, Tracy and Josh are very excited for the future, and that future is based on research. Tracy explained that “We must keep raising money for research, and that's hard work. When you're talking about philanthropy and you're asking for someone's donation because you believe that you're going to help make the world a healthier place to live in, it's harder, it's so much harder.  We have to get more research money in. And when we know what we’re going to do for the world, we believe it’s going to be truly beautiful.” The new California law prohibits providing free cannabis medicine to those in need. An added benefit for the research study is that all the patients in the trial receive free medicine. Tracy is adamant that no one should have to pay for their own medicine when they're in a study. “We're helping them, but they're also doing us a very big favor in helping us make these 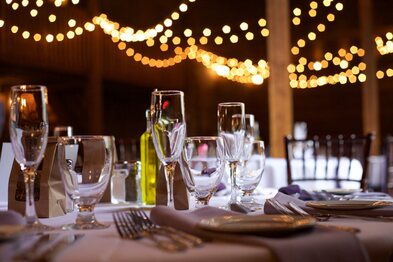 A Black Tie Affair
On Friday evening November 22, 2019, the Saving Sophie foundation is holding its Strides in Science Awards Gala fundraising event at the Loews Hotel in Hollywood, California. It’s an evening honoring celebrities in the field of cannabis medicine, research and advocacy who have continued to make great strides in moving this medicine forward.
​
The evening includes a formal dinner, live entertainment, the awards ceremony itself, a silent auction, and cocktails to kick things off. Sponsorships and media partner opportunities are still available, and one hundred percent of the profits will be funneled to research.
But that’s not the only important CannaKids event happening in November. Tracy is speaking at the inaugural Medical Cannabiz World Summit in Malta. Investors, medical researchers and policymakers from multiple continents are recognizing the world-changing potential of cannabis for medical use. Over 2,000 delegates will attend the Summit to discuss legislation, education, investment and technology in this exciting business sector. 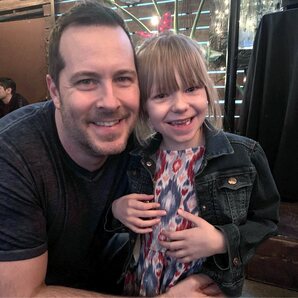 Tracy, Josh, and the entire CannaKids and Saving Sophie teams are ecstatic about the upcoming events and how they will help their medical research. But for all their endeavors, the simple fact is that Sophie and thousands of kids like her, deserve to have a normal childhood and grow up to be strong, healthy adults. “It's about being the silver lining in the worst of situations,” Tracy said. “In this situation, considering everything that she’s gone through, there’s this happy, well adjusted child. You would never know that she’s almost blind or there’s there's anything wrong with her. She’s just so sweet and outgoing. Somebody asked me the other day, ‘what do you want to be when you grow up?’ And I said, I want to be the mom who not only cures her daughter's brain tumor, but fixes her vision and brings her sight back. That's what I want to be when I grow up, and we’ll get there. I'm not going to stop and no one's going to stop me.” Those are indeed words to live by.

Philip Rebentisch is the Chief Storyteller of Gotta Story Media which creates content exclusively for the cannabis community. To learn more about Sophie and CannaKids, listen to the podcast interview, “Saving Sophie,” on GSM’s podcast, Cannabis For the Rest of Us. ​