1979 - Little Caesars Amateur Hockey League begins, which would grow into one of the country’s largest and most respected youth hockey programs.
http://www.lcahl.org
https://littlecaesars.com/en-us/rooted-in-detroit/our-founders-history 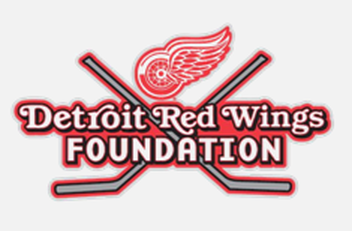 The Detroit Red Wings Foundation, an affiliate of Ilitch Charities, invests in the future of our community by providing funds and resources to worthy causes that contribute to the growth of the sport of hockey.
Red Wings players and staff participate in several fundraising events throughout the season including the annual Toast of Hockeytown Wine Tasting Gala, MotorCity Casino Hotel’s Red Wings Charity Poker Tournament and the Red Wings Foundation 50/50 Raffle Program. Through these initiatives, the Foundation raises over one-half million dollars annually for various organizations in our community.
​www.nhl.com/redwings/community/foundation 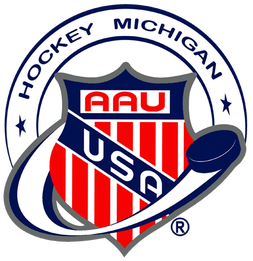 AAU has become the fastest growing ice hockey program within the United States. Currently sanctioning Leagues, Tournament and Clubs from coast to coast within most states, as well as Ontario Canada. Classifications include Mini-Mites (6U) through Juniors (20U), as well as High School leagues. Adults and College are coming soon. Fulfilling the AAU motto: Sports for All, Forever!
www.hockey-michigan.org 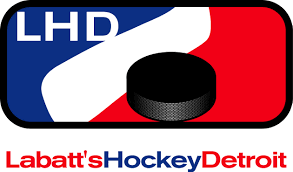 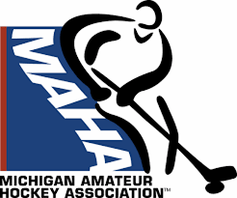 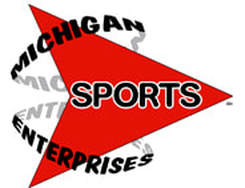 The Michigan Sting men’s adult team primary membership is comprised of seniors — players over and play out of the Troy Sports Complex and is a frequent participant in USA Hockey Adult National Championships. “Our charter promotes a healthy lifestyle as well as education and skill development concepts.

The Sting first stepped on the ice as a team 10 years ago when it participated in the Senior Olympics in Lake Placid, N.Y.    A decade’s worth of growth has seen the Sting boast a current membership of 500 players.
“What we’ve done is make a business out of old-timers hockey,” Boyette said. “It was the brainchild of Sam Cupp. He was a businessman and the architect. He helped put a structure and business element in it.”
The league consists of a six-team A Division for ex-college hockey players and a six-team B Division for recreational skaters.  “We skate 52 weeks a year at least three times a week,” Boyette said. “Because the Troy Sports Complex has four ice surfaces we have the best ice time in the area. We play at 5 p.m. and 6 p.m. on Tuesdays and Thursdays.”  The Sting has played in USA Hockey’s Adult Nationals six times.
www.michigansting.net

Everything hockey in the great state of Michigan.
Michigan is the only place in the world that boasts teams from the NHL, AHL, OHL, NCAA, USHL and NAHL.   As if that wasn’t enough, we also have elite levels of youth and high school hockey. We want to be your destination for reading, enjoying, and learning about them all.Over the past two decades, our magazine has become a resource for players, parents, coaches and fans.
http://mihockey.com

USA Hockey provides the foundation for the sport of ice hockey in America; helps young people become leaders, even Olympic heroes; and connects the game at every level while promoting a lifelong love of the sport.
USA Hockey was founded on Oct. 29, 1937, in New York City and the organization is based in Colorado Springs, Colorado.
USA Hockey’s primary emphasis is on the support and development of grassroots hockey programs.
While youth hockey is a main focus, USA Hockey also has vibrant junior and adult hockey programs that provide opportunities for players of all ability levels. The organization also supports a growing disabled hockey program.
www.usahockey.com