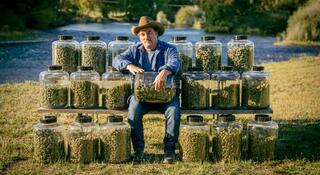 This is part one of a two-part series by Philip Rebentisch, Chief Storyteller at Gotta Story Media.
It’s not exactly shocking to learn that cannabis and the entertainment industry go together like coffee and cream, but to be successful, both businesses require talent, fortitude, and vision. Actor, writer, comedian, musician, and cannabis farmer Jim Belushi knows this first hand. It’s fair to say he has deep roots in both worlds, and he’s never shied away from putting in the work for either field.
There’s an old saying in the entertainment business that “it only took ten years to be an overnight success.” Despite all the glamour and hype surrounding it, show business is hard. Being on a set 14 to 18 hours a day, grueling traveling schedules, and endless media interviews all add up. Jim’s absolutely earned his star status as a talented, all-around performer, yet most people don’t know he’s also successful in the cannabis world with his Belushi’s Farm company. In early May, Jim will wear two hats as a cannabis entrepreneur and an entertainer speaking and performing at the Investor Forum that’s part of the inaugural ExpoCannaBiz Business Conference in Cartagena, Colombia.

A Stellar Hollywood Career
If you go to the Internet Movie Data Base you’ll see that Jim began his long entertainment career in 1977 when he joined the famous Chicago comedy improv group, Second City. In 1979, writer-producer-director Garry Marshall saw Jim perform and arranged for him to go to Hollywood and co-star in the TV show Who's Watching the Kids. Later, Jim joined the cast of Working Stiffs with Michael Keaton, and his Hollywood career took off from there.
In the early 1980s, Jim wrote and performed on Saturday Night Live for two seasons. He then starred in the ABC hit TV comedy According to Jim, in which he played a husband and the father of three children. He also served as the series executive producer, music composer, and director. It ran for a solid eight years and 182 episodes. In 2010, showing his versatile chops as an actor, Jim moved from comedy to drama, starring in CBS’s one-hour TV drama The Defenders. He played a “colorful” defense attorney in Las Vegas who would do anything to win for his clients. For actors, colorful is shorthand for a slightly crazy, fun role to play.
​
Related Link: From Underground To Above Ground For Colombian Marijuana Farmers

From The Small Screen To The Big Screen And Back
With all the entertainment devices we have today it’s easy to forget that not too long ago, actors were in one of two camps; TV or film, and rarely would the two intersect. Naturally, Jim’s done both. His film career began with noted director Michael Mann’s first film, Thief. He then flip-flopped to a comedic role in Trading Places. But it was his work in director Edward Zwick's About Last Night with Rob Lowe and Demi Moore that brought Jim his first serious attention as a film star. He went on to play James Woods spacey DJ buddy, Dr. Rock, in Oliver Stone's Salvador; the mentally handicapped dishwasher befriended by Whoopi Goldberg in the Andrei Konchalovsky film, Homer and Eddie. With a bit of irony, he also played the defiant high school principal standing up to drug dealers in The Principal. 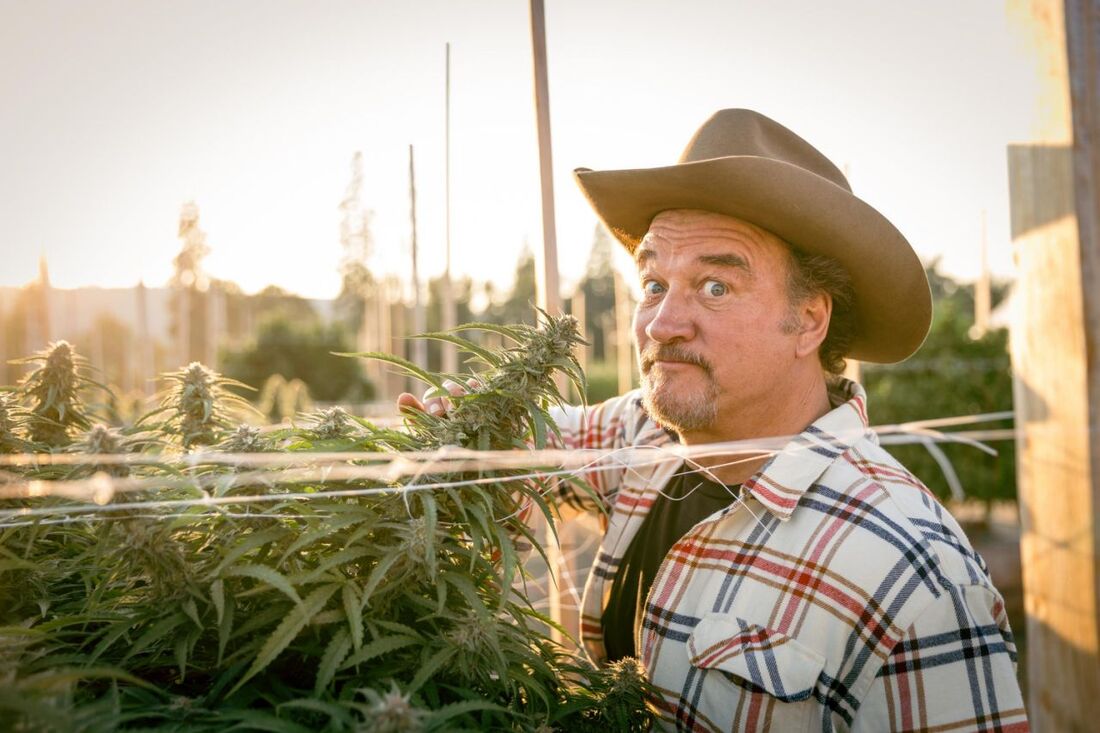