Building a Community for Social Impact  and Economic Development

Connecting the World to the Opportunities in Detroit & Michigan

The Detroit Hat Trick website is a resource for existing companies,  entrepreneurs and investors to learn about the exciting opportunities that exist in Michigan and the City of Detroit.  There are compelling reasons that Detroit and other cities in Michigan are some of the top locations in the United States for Startup technology and global and national companies to locate and open an office.

The Sports, eSports and Technology (SET) Conference 2018 is a new event being planned during December 27-30, 2018.  The goal will be to develop a world class yearly event that will showcase Sports, Esports, Technology and the amazing growth and investment that has been made in the The Detroit District and target both the global Esports, sports technology, and sports tourism markets.
Current Activity
​     The DHT- SET 2018 is partnering with an existing youth hockey tournament that has aligned their tournament with the Michigan Amateur Hockey Association (MAHA).   This hockey tournament is estimated to have over 40,000 in attendance and will have teams, players, coaches, families and sports vendors coming in from all over the world.
The DHT- SET 2018 is planning additional activities and events for the youth hockey tournament attendees and building a  overall event that will engage more local, state, national and global stakeholders.  This includes a eSports tournament, hockey, sports fan fest experience, Celebrity Hockey Charity Game and Gala, and tech conference and job fair.
The goal is to develop a yearly hospitality event for Detroit capitalizing on the best downtown combination of sports, entertainment and convention venues modeled after great events like SXSW.
Each March for more than three decades, SXSW has welcomed the world’s most interesting thought leaders to Austin for an unparalleled mix of industry conferences, trade shows, and festivals. The event transforms the city into a global mecca for creative professionals and cements Austin’s reputation as a thriving, innovative metropolis. The impact of the 2017 SXSW’s 31st official event increased 7% to $348.6 million (compared to $325.3 million in 2016).

The Detroit Hat Trick is an opportunity for companies, non-profits and individuals to participate in a
new major Esports, sports, entertainment and technology event for Detroit and Michigan.

​The event is being modeled to have a significant economic impact on the local economy
and spotlight Detroit as the Entertainment Capital of the World.
Fundraiser to Benefit Local, State and National Non-Profit Organizations
Focused on:
Economic Development
Education
Homelessness
Job Training
​Start Ups
Veterans
Youth Sports
Fundraiser
Detroit Hat Trick
The Detroit Hat Trick  featuring the: About Hollywood Hat Trick 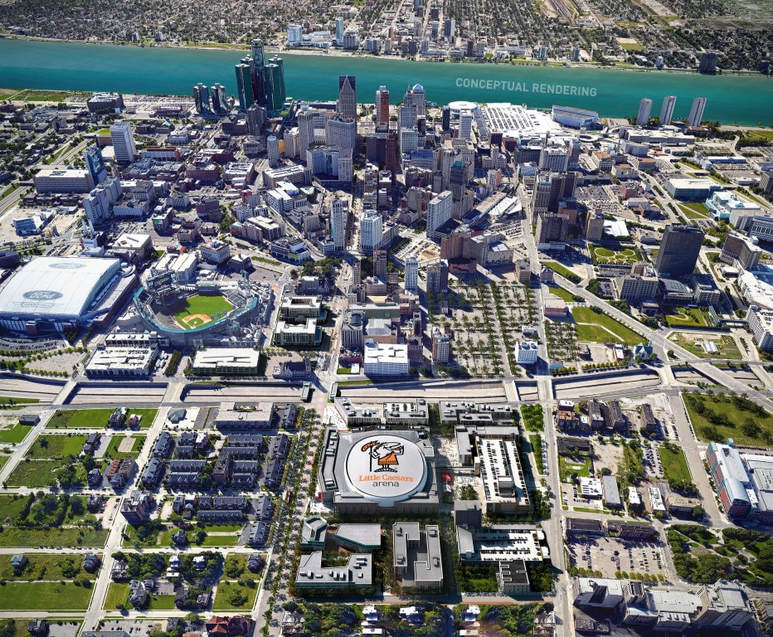 ​The District Detroit is a world-class sports and entertainment development—50 blocks, six theaters, five neighborhoods, four teams—one big win for Detroit. The new home of the Detroit Red Wings and Detroit Pistons.
The District Detroit – home to the Detroit Tigers, Detroit Red Wings, Detroit Pistons and Detroit Lions – the greatest density of professional sports teams in one downtown core in the country. The District Detroit will ultimately account for a total economic impact of more than $2 billion and create more than 12,500 construction and construction-related jobs in addition to 1,100 permanent jobs.